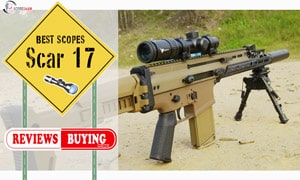 The SCAR 17 or SCAR H to give it it’s military designation is what is known as a ‘battle rifle’ rather than the more common ‘assault rifle’. The key differences between these two types of rife is that a battle rifle fires a full power cartridge rather than the smaller ammunition … END_OF_DOCUMENT_TOKEN_TO_BE_REPLACED

www.berettatrident.com is a participant in the Amazon Services LLC Associates Program, an affiliate advertising program designed to provide a means for sites to earn advertising fees by advertising and linking to Amazon.com. As an Amazon Associate I earn from qualifying purchases. Amazon and the Amazon logo are trademarks of Amazon.com, Inc., or its affiliates. Additionally, www.berettatrident.com participates in various other affiliate programs, and we sometimes get a commission through purchases made through our links. We do not specifically market to children under 13.